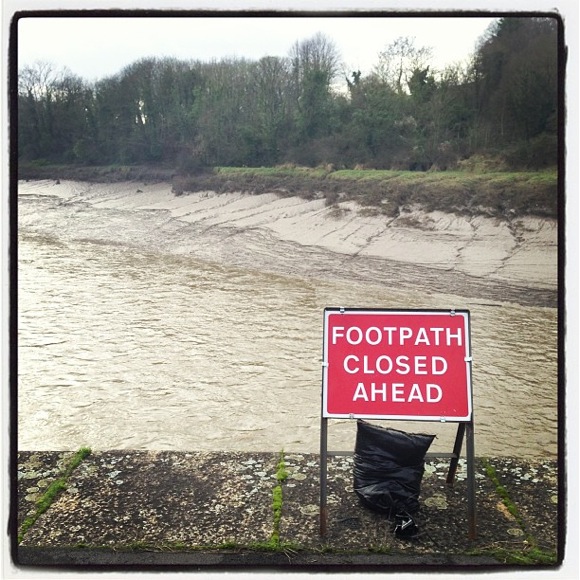 Spotted on yesterday’s run. Luckily, I didn’t want to go that way 😀

Yesterday I knew I was heading for the Grain Barge’s Winter Beer Festival in the afternoon, so I figured I’d get out for some healthy exercise in the morning, at least.

As it turned out, I felt up to a 7K trudge down the Portway, and only had four halves at the beer festival, so I think yesterday counts as an overall win, at least in terms of calories…

For those into beer, I tried:

My favourites were the hoppy and cheerful Bitter Californian, and the dark and complex XT8. Recommended. Not that many people will want beer recommendations from a running blog, but hey, I do also recommend that you run far enough first to balance out the beer. It leads to a less guilt-ridden morning after!

I’ll leave you with a picture I snapped from the Grain Barge about two beers in. It’s a nice place for a beer, that barge… 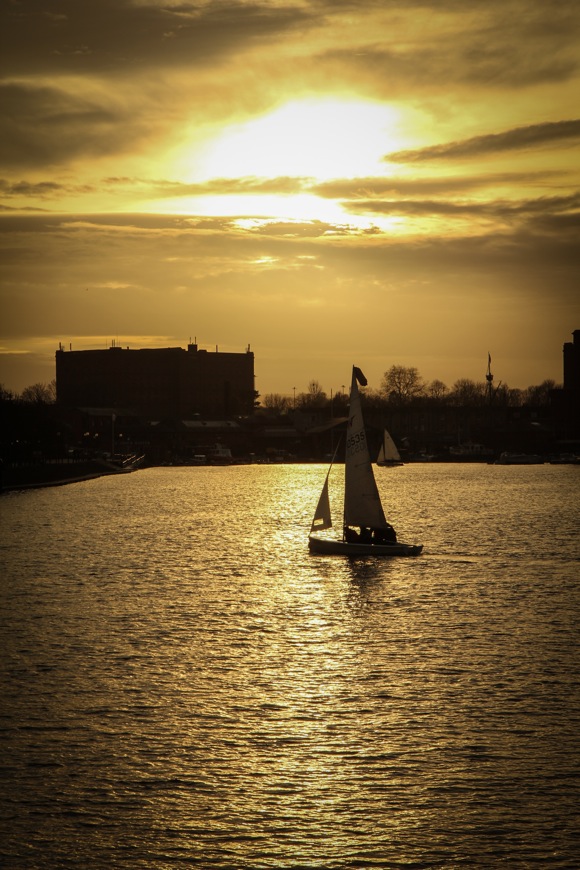